The Proof Cam 03 is capable of colorful daytime pictures and good, but not great night photos, plus the fast trigger and dead simple setup makes this one of my favorite no glow trail cameras.

The Primos Proof Cam 03 takes aim at the sweet spot of a basic, no gimmicks trail camera with easy setup that takes good pictures. The goal for this camera was to build a reliable camera and put only the settings and features that truly matter to hunters.

For the most part, the Proof Cam 03 is on target, but you may need to troubleshoot if you experience the occasional blurred pictures. The hype was strong prior to the release of this camera and I wanted to find out if it delivers on the promises. 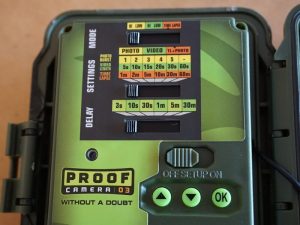 If you hear reports of faulty battery connections, you should know they came from initial batches of cameras. Primos has since fixed this issue and you shouldn’t have any issues.

Setting up a trial camera really doesn’t get any easier than on a Proof Cam. The entire inside cover has a bright Primos Green card with notes and instructions, overlaying the sliders that set up the camera.

From here you simply enter the current date, and toggle each setting up or down as needed. There aren’t a lot of settings to choose from compared to other cameras, but that is the simple beauty of the Proof Cam 03.

Primos caused a buzz when they announced the new Proof Cams would have a 0.2 second trigger for photos. That is very fast for lower priced trail cams, and not many at any price are faster. While this camera is fast on the draw, it is only average when recovering, clocking in at 4 seconds. 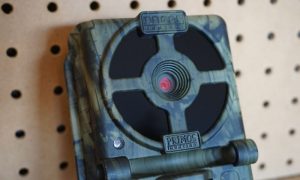 Video detection is triggered at 2.7 seconds, which is a little disappointing but is not unreasonable compared to most other trail cameras. Video recovery is also in the 4.5 second range.

Some users have experienced false triggering, 50% or more in some cases, finding lots of blank photos on their SD cards. I experienced this with my Proof Cam as well, but the quality of the good images I got outweighed the false shots that I had to cull out.

The Proof Cam 03 is a No Glow IR camera that takes excellent images in the day, and has the IR flash power for capturing great night pictures. 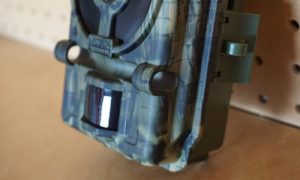 I love the coloring produced by this camera. The greens are green, but not overexposed, and the browns are rich and bring life to the photos. I typically use 3MP picture setting because the 12MP is just a blown up version of the 3MP. There is plenty of detail from the basic image resolution.

I noticed only marginal whiteout on night pictures, due to the powerful 80ft flash range. I’ve seen plenty of older Primos cameras where the white has washed out the animal. They have improved in this aspect quite a bit with this year’s model.

Some hunters have reported blurry images, especially at night. The solution in most of these cases has been to adjust the location and distance to the background

I hate it when the pictures are good but the videos turn out to be grainy and washed out. That’s not the case with the Proof Cam. The audio sucks, but the colors remain bright and true when compared to the still images.

Battery life is fantastic on this camera. One user on Amazon reported an 85% battery life after a month and a half of pictures and videos. 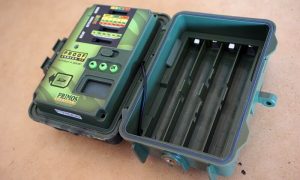 Another guy had his out for an entire month taking a photo every 30 seconds with motion detection and still going strong on the batteries. Trail Cam Pro has an estimated 7 months of battery life with 70 photos per 24-hour cycle.

I really liked the Proof Cam 03. There aren’t many good trail cameras that provide as much performance for your money than this camera. It was super easy to set up, the batteries sip on the juice, and I thought the pictures were as good as I’ve seen for a camera of this price.  If you can ignore some false triggers, you should be satisfied with this trail cam.